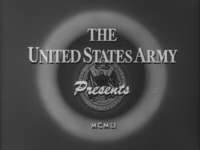 Bernie Sanders has emerged as the Democratic front-runner in the race for the presidential nomination.
Yet even some left-leaning pundits and publications are concerned about what they see as Sanders’ potential lack of electability.
Sanders is a Democratic Socialist. And the label “socialist” is a political liability in American culture. According to a Gallup poll released on Feb. 11, 2020, only 45% of Americans would vote for a socialist.

California’s Super Tuesday primary on March 3 comes amid an atomic struggle whose outcome will hugely impact the nation and world, including the global climate crisis, the Green New Deal and the outcome of the 2020 election.

As the highly infectious coronavirus jumped from China to country after country in January and February, the U.S. Centers for Disease Control and Prevention lost valuable weeks that could have been used to track its possible spread in the United States because it insisted upon devising its own test.

Native Activists Are Forging a Just Transition to Renewable Energy

Native activists and youth are shaping a clear vision for the transition necessary to guide us toward an environmentally just future — and there are more of them coming. Nationally, the Sunrise Movement and Indigenous environmental justice groups are overtaking entrenched political power with a breath of fresh air.